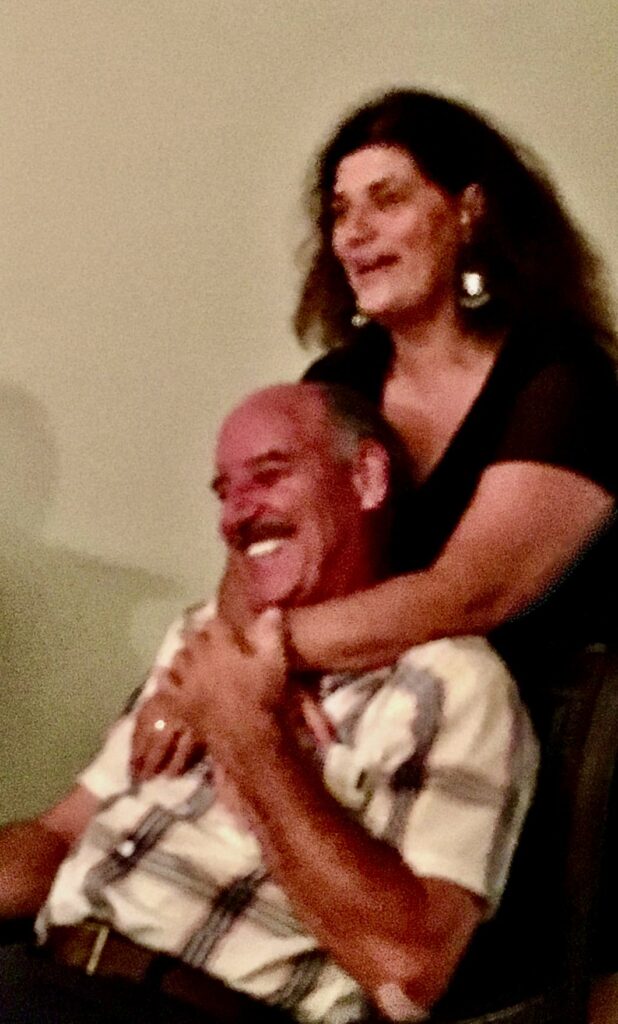 I took acid once.

It was the summer I turned 15—on the eve of my going away party—thrown by my Ceil Place friends, my “real” family.

My family of origin was packing the house to move us from Long Island to Arizona to open a fish business, because fish are so prolific in the desert. That bitterness aside, four tabs of blotter acid were found in an older brother’s college textbook and given to me by an ex-sister-in-law, “They’re old, take all four.”

I took one and gave the other to my friend.

The experience was nothing, and yet it was everything. As my friends were enjoying my going away cake, Darlene and I took our slices into the pool, which was the precise moment the drug took effect. We smeared cake all over each other’s bodies, and to this day, I don’t think anything has ever felt as sensual. Later on, when the party was long over, Darlene and I walked to the schoolyard behind my home and pretended we were living in the Twilight Zone, taking turns falling beneath a layer of ground-cover fog.

Somewhere along towards dawn, as we were discussing a friend who was recently killed on the train tracks, the train whistle blew. It creeped us out, and so we finally called it a night.

I got most growing-up things out of the way by the time I turned 15.

My first drunk was at my father’s hands, when I was 13. Also at 13, I played above-the-waist-spin-the-bottle—turning the bottle to the boy I wanted to kiss—not the boy the bottle landed on. Bryan was the best kisser on Ceil Place, and to this day the fucker knows it too! Cigarettes were the last to go, at age 24, but they remain my first love.

Sometimes I REALLY regret that I didn’t sow more wild oats way back when.

Never in a million years would I drop acid again. I’m too afraid. Even when the experience provided only wonder.

I have other thrills now. Natural highs. Connecting with the other side. Feeling the energy of trees that call to me. Seeing a flower singing its heart out. Transcending my body at a Grateful Dead show. It sounds boring, and yet it’s not. It’s just different.

Here’s to you if you’ve already lived a big life and are still searching for the sound. The thing that brings you to your feet. To dance. To sing. To cry at the beauty of it all.