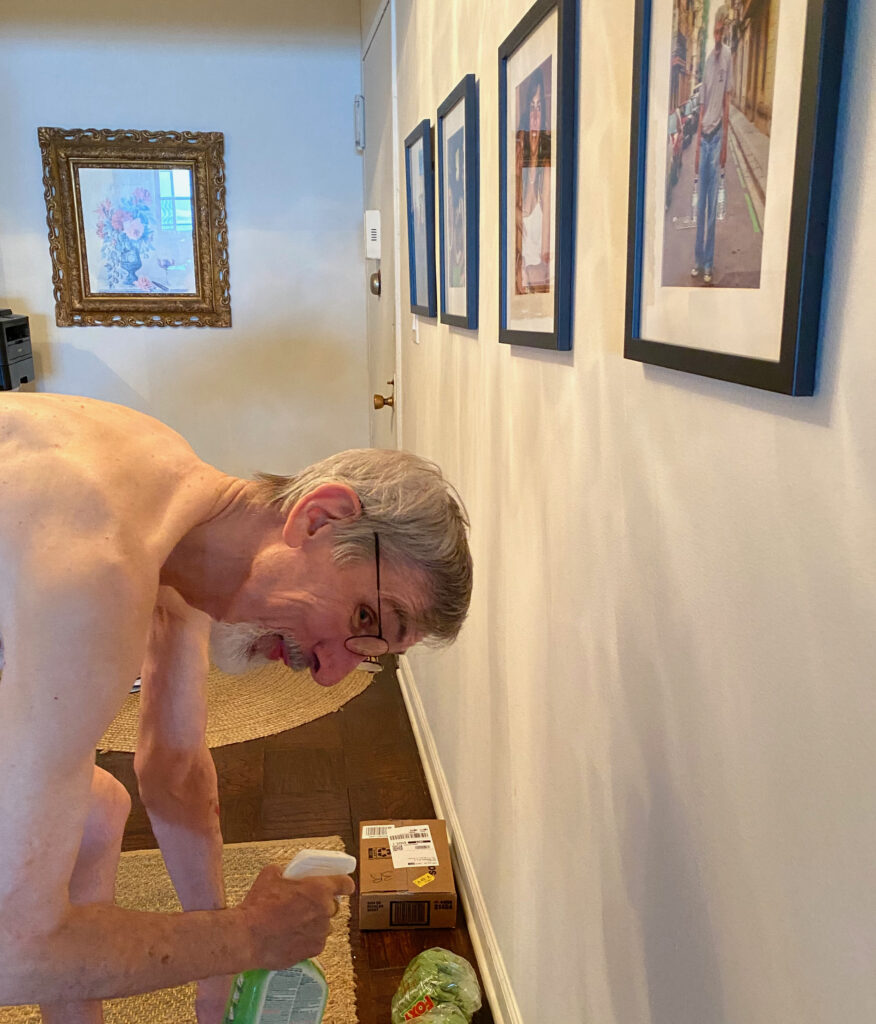 That doesn’t refer to the grocery delivery Funk and I received during the initial panic of Covid. There was no meat in that order. It refers to Kansas City’s former mayor. More specifically, his apparatus.

It hasn’t been easy to overcome my life-long bout of hypochondria, and the pandemic hasn’t helped. My husband has no such fear. But to save his marriage, he agreed to get all nakie so we could disinfect the order without also having to wash our clothes afterwards.

And so, we did. And so, the visual you wish you could wipe from your mind.

To help clear that out, I’ll throw more appealing colors at it. I can say in all honesty that this 61-year old woman looks a hell of a lot better than her 70-year-old man. Funk is still way smarter than me, but who cares! When out in the world, first impressions still count the most.

Looking beyond vanity, my never-ending quest to evolve myself is holding strong. I remain startled by the burning and cleansing, but I’m trying to use it as an opportunity to accelerate my growth. I’ve settled into a new normal. Whenever I think of the virus now, I’m like, “Meh, if it’s gets me, it gets me, so be it.” To honor my fellow earthlings, I wear a mask in the presence of others, but Funk and I are no longer washing everything down. Which means, he’s much warmer when unpacking the groceries, and that THING stays where it belongs.

Here’s to you if you’re looking for the humor in this crazy, surreal time. If you’re sucking it up and using the moment to become a New and Better You. Thank you for allowing me to vent, and for saving Funk in the process.