World, Can You Please Stop Crashing and Burning? 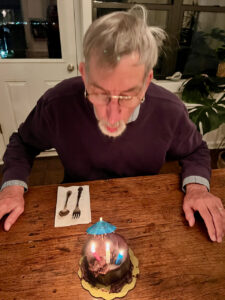 When is the world going to stop crashing and burning?

Last month, I received a call from my publicist who had just received horrible news regarding his health. It seems all last summer he’d been dealing with what he was told was a minor health condition, and the ailment had just turned into something major.

I could sense his devastation, so I didn’t ask questions as I’d normally do, just did my best to console and offer a positive viewpoint. I doubt I helped.

So, just letting you know what this means for the 2nd book in C’mon Funk Series. The “proof copies” that were supposed to be sent to the media and other influencers last August weren’t sent. Instead of zooming towards a November publication date, I am currently searching for a new publicist.

Since influencers require 4-months lead time, I have to push the publication of C’mon Funk, Move Your Ass! to March 25, 2023. So disappointing! But blessedly, not as horrific as getting the news that my sweet publicist just did.

Here’s to my publicist’s health returning to vibrancy, just as I know it will. And here’s to the rest of us staying healthy, peaceful, joyful and fit. Eyes to the horizon until the world decides to right itself again. All love.

The Photo: The big guy blowing out his birthday candles. I did not post the photo before this one was snapped—the one where Mr. Grouch-ola was scowling because I wanted him to make a wish.