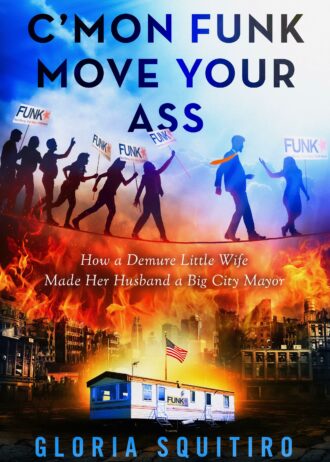 When Funk, the quiet, ethical auditor of Kansas City, announces he wants to run for Mayor
against an entrenched political regime, his wife, Gloria, puts aside her own
ambitions—temporarily (ha!)—to run his campaign. Here is a true story of democracy at work:
a rented, broken-down trailer for HQ; a campaign cobbled together by scrounging, loans, and
thousands in family savings; a staff of one plus volunteers; fear, anxiety, financial instability,
and the recognition that with Funk’s resignation as city auditor, the family has no income unless
he wins. Gloria is the glorious heroine of this page-turner memoir that reads like a novel, busts
open politics today, and makes you want more Gloria.

May Cause Drowsiness and Blurred Vision: The Side Effects of Bravery